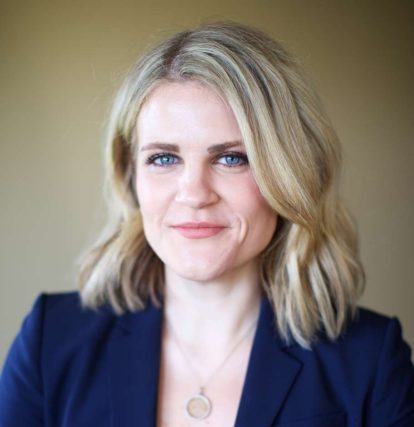 Kelly Skahan joined LCLG in 2022 as an associate attorney. The daughter, granddaughter, and sister of union members, Kelly has focused her legal career on helping working people get a seat at the table where decisions get made. Her practice helps unions, worker-friendly electoral candidates, and worker-aligned nonprofit organizations use the tools at their disposal to further workplace equity.

Prior to joining LCLG, Kelly worked as an associate attorney at Barnard Iglitzin & Lavitt in Seattle. She earned her J.D. from the University of Washington School of Law, where she served on the board of the Women’s Law Caucus and was awarded the Mary Ellen Krug scholarship for her work in labor law. During law school she also worked as a Peggy Browning Fund Fellow for Levy Ratner, PC, in New York; an Oversight and Investigations law clerk for Senator Patty Murray’s office at the U.S. Senate Committee on Health, Education, Labor, and Pensions in Washington, D.C.; a writer and researcher for the King County Sexual Assault Research Center; a policy research intern for Washington Attorney General Bob Ferguson; a Hazelton Fellow for Professor Anna Mastroianni; and a legal assistant for plaintiff-side employment law firm Breskin, Johnson, and Townsend in Seattle.

Before law school, Kelly worked as a public relations manager and freelance journalist in Seattle and an editor in New York. She earned her B.A. from Villanova University, where she studied English, writing, and rhetoric.

LCLG wants to help you address the past, improve the present and plan for the future.