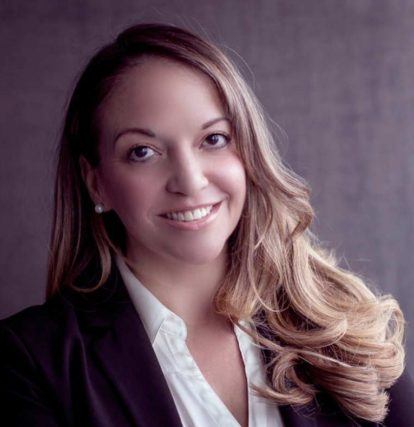 SaNni M-K Lemonidis is the founder and Managing Principal of Lemonidis Consulting & Law Group, PLLC. She has devoted her entire legal career to the labor movement and advancing the interests of labor organizations throughout the Pacific Northwest. SaNni has represented union clients before arbitrators, the National Labor Relations Board, the Public Employment Relations Commission, as well as the Washington state and federal courts. She has litigated claims of wrongful termination, discrimination, various wage and hour violations, union contract violations and unfair labor practices. SaNni has also negotiated a number of favorable settlements which have resolved employment disputes, union grievances, unfair labor practice charges and wage claims involving individual employees.

In addition to her traditional labor law practice, SaNni leads the firm’s training and consulting practice. She is a seasoned educator who has developed a wide range of training modules to help organizations of all sizes educate their constituents on how to promote and sustain a discrimination and harassment free environment. SaNni enjoys partnering with union representatives, members, training agents and apprentices alike to deploy interactive trainings and workshops that are directly applicable to their workplace or learning environment. SaNni is also passionate about diversity, equity and inclusion (“DEI”) principles and programming. Her work designing and implementing strategic DEI plans has helped various organizations develop the foundation, structure and steps needed to build organizational and cultural change that is not just surface-level, but deep and enduring.

Born and raised in Los Angeles, California, SaNni moved to Washington in 1996 to attend the University of Washington. Before she became an attorney, SaNni spent a decade as a retail buyer and manager for a few storied local businesses in the Capitol Hill area of Seattle. SaNni earned her J.D. from Northeastern University School of Law in Boston, MA, where she was selected to teach first-year law students as a Legal Writing Teaching Assistant. Prior to starting her law practice in 2007, SaNni interned as a law clerk for Barnard Iglitzin & Lavitt, LLP, Seyfarth Shaw, LLP, Massachusetts Teachers Association and Judge Robert B. Collings, U.S. District Court (D. Mass.). In her spare time, SaNni enjoys traveling across the country (39 states and counting), live music and exploring the natural beauty of Washington with her three amazing children and their quirky French bulldog, Dani.

LCLG wants to help you address the past, improve the present and plan for the future.